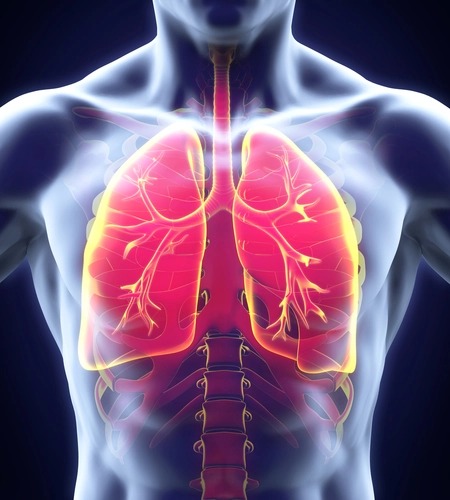 Bronchiectasis is when the walls of your bronchi, the tubes that carry air into and out of your lungs, become thickened and damaged.

This makes it harder to breathe. You could have flare-ups of severe breathing problems (your doctor may call them exacerbations) from time to time.

Bronchiectasis is a long-term (or chronic) disease that gets worse over time. There’s no cure, but you can live with it for a long time.

Bronchiectasis is caused by two phases of airway damage. In the first phase, the initial damage (or “insult”) is caused by an infection, inflammatory disorder or another condition that affects your lungs. Healthcare providers don’t know the initial cause in up to 40% of people with bronchiectasis.

The first insult makes you more likely to get inflammation and repeated infections that cause further damage to your lungs. This is the second phase, or the “vicious cycle.”

Symptoms of bronchiectasis can take months or even years to develop. Some typical symptoms include:

If you’re experiencing any of these symptoms, you should contact a doctor immediately for diagnosis and treatment.

There is no one test for bronchiectasis. Even in its later stages, the signs of the disease are similar to those of other conditions, so those conditions must be ruled out.The most commonly used tests to diagnose bronchiectasis are:

Or rate according to pulmonary impairment as for chronic bronchitis (DC 6600).

Note: An incapacitating episode is one that requires bedrest and treatment by a physician.