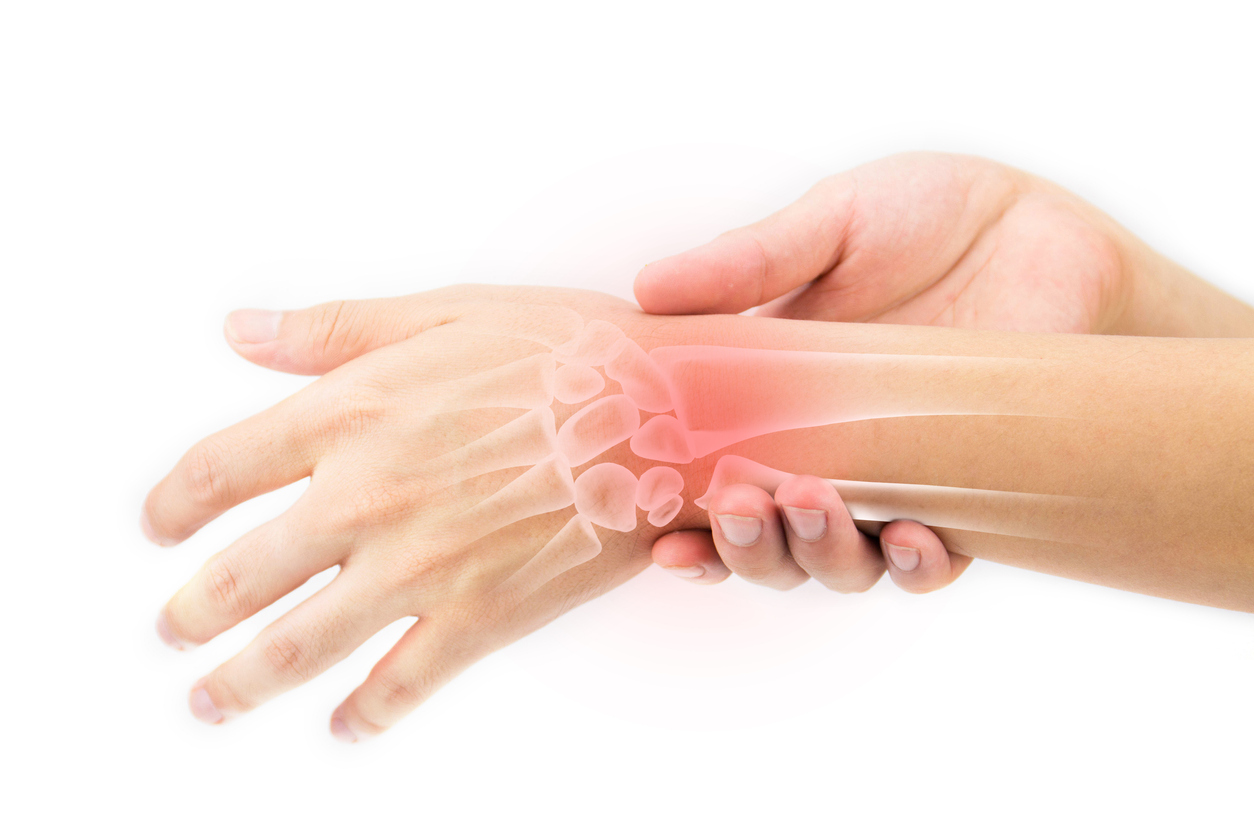 Wrist replacement, also referred to as wrist arthroplasty is a surgical procedure in which the diseased or damaged joint is replaced with an artificial joint- a prosthesis. It aims to create a stable, pain-free joint with a functional range of movement when conservative treatments have failed.

Total wrist arthroplasty (TWA) is a motion preserving alternative to arthrodesis of the wrist and usually lasts for about 10 to 15 years. Implant survival of 90-100% at five years are mostly reported using newer second generation and third generation implants, but declines from five to eight years.

Total wrist replacements are non weight bearing joints; heavy household or occupational activity, use of a walking aid or repetitive movements e.g. hammering will increase the speed and incidence of loosening of the implants stems and the ultimate failure of the implant. The ideal patient for a TWA should have a low demand lifestyle, should not need the upper extremity for regular ambulation and transfers.

If the cartilage is worn away or damaged by age, injury, infection, or disease, the bones will rub against each other, wearing out the ends of the bones. This causes an often a painful arthritic condition.

Osteoarthritis, the most common form of arthritis, results from a gradual wearing away of the cartilage covering on bones. Osteoarthritis is typically caused by advanced age and many years of use.

Rheumatoid arthritis is a chronic inflammatory disease of the joints that results in pain, stiffness and swelling. Rheumatoid arthritis usually affects several joints on both sides of the body. it is caused by autoimmune disease that causes the body to attack its own joints.

All forms of arthritis may affect the strength and motion of the wrist and result in limited use of the hand.

Wrist joint replacement can be done as an outpatient procedure, meaning the patient can go home the day of surgery. Wrist replacement surgery can also be combined with other procedures to correct deformities or disorders in the tendons, nerves, and small joints of the fingers, and thumb.

With intermediate degrees of residual weakness, pain or limitation of motion, rate by analogy to diagnostic code 5214

Note: The 100 pct rating for 1 year following implantation of prosthesis will commence after initial grant of the 1-month total rating assigned under §4.30 following hospital discharge.