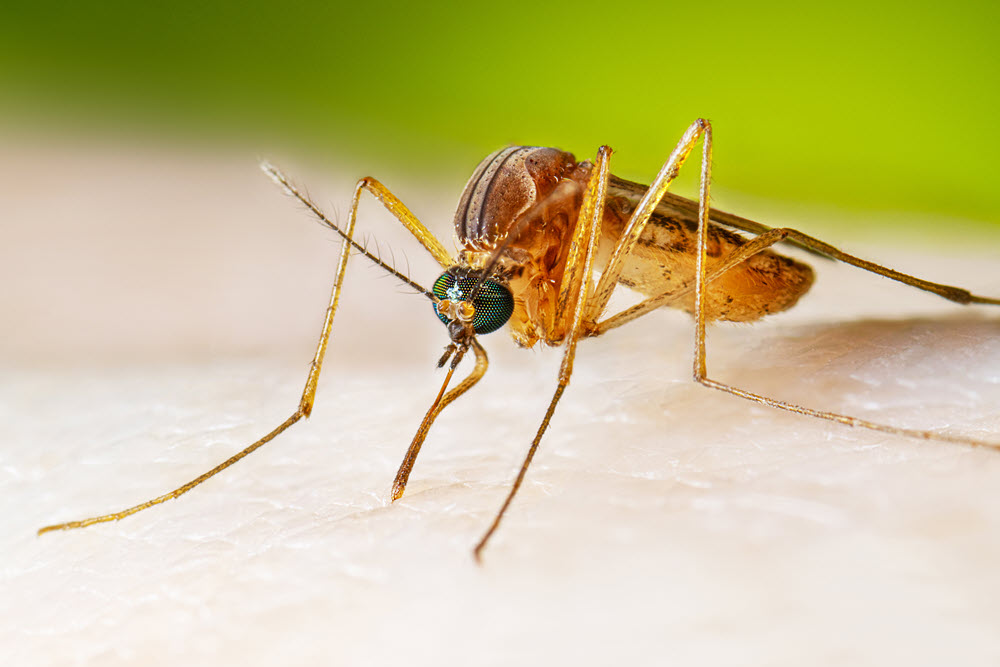 West Nile virus is an infectious disease caused by microscopic germs (called a virus) that can make you sick. Mosquitoes infected with the West Nile virus can give it to people or animals, such as horses, when they bite the skin.

West Nile virus is spread to humans through the bite of an infected female mosquito. The mosquitoes get the virus when they bite an infected bird. Crows and jays are the most common birds linked to the virus. But at least 110 other bird species also have the virus.

West Nile virus isn't spread between humans. However, in a few cases it has spread through organ transplant. Health officials think the organ donor acquired the virus through a blood transfusion. All blood is screened for the virus. The risk for getting West Nile virus from blood is much lower than the risk of not having any procedure that would call for a blood transfusion.

Most people infected with the West Nile virus have no signs or symptoms.

About 20% of people develop a mild infection called West Nile fever. Common signs and symptoms include:

In less than 1% of infected people, the virus causes a serious nervous system (neurological) infection. This may include inflammation of the brain (encephalitis) or of the membranes surrounding the brain and spinal cord (meningitis).

Signs and symptoms of neurological infections include:

Note: Rate under the appropriate body system any residual disability of infection, which includes, but is not limited to, variable physical, functional, or cognitive disabilities.