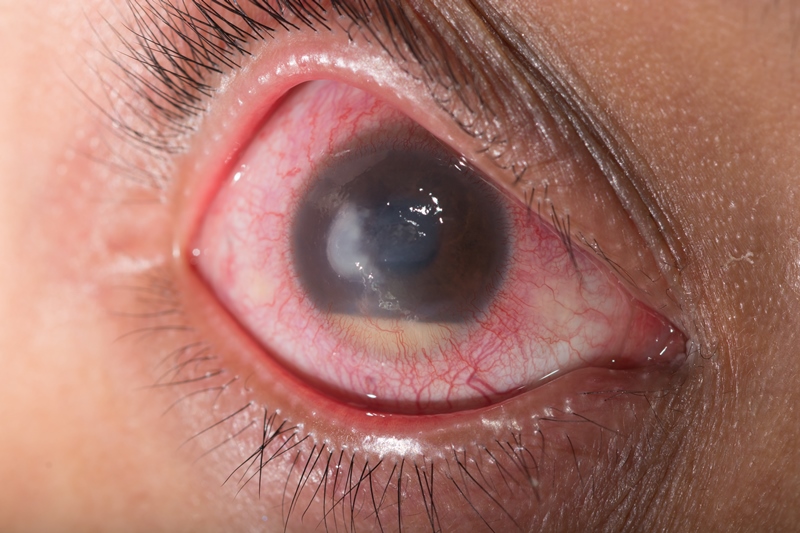 Tuberculosis (TB) is a contamination brought about by Mycobacterium tuberculosis, which can cause sickness in different organs all through the body, including the eye. The expression "ocular TB" depicts a disease by the M. tuberculosis species that can influence any piece of the eye (intraocular, shallow, or encompassing the eye), with or without foundational inclusion. "Optional ocular TB" is characterized as ocular contribution because of cultivating by hematogenous spread from a removed site or direct attack by touching spread from adjoining structures, similar to the sinus or cranial hole.

Clinical appearances of ocular TB differ, which represents a test for analysis. The authoritative finding of TB is set up by disconnection of M tuberculosis bacilli from ocular tissues. Notwithstanding, on the grounds that this is hard to accomplish, the determination of ocular TB is regularly assumed within the sight of interesting ocular discoveries in mix with any of the accompanying:

Hazy vision, and light affectability might be the solitary revealed manifestations. Different grievances may incorporate cerebral pain, redness of the eye, floaters, or glimmers. Patients may likewise be asymptomatic.

The modern strategy for ocular TB determination is screening for tuberculosis in any uveitis of obscure etiology, repetitive or not reacting to regular treatment; in ocular discoveries profoundly reminiscent of ocular TB and before immunosuppression (especially biologic specialists). TB screening in these cases incorporates tuberculosis skin testing and interferon gamma testing, alongside complete clinical history, ophthalmologic assessment and chest imaging.

Ocular TB broadly refers to inflammation in the eye (uveitis) that can be related to infection with the tuberculosis bacilli, Mycobacterium tuberculosis. The ocular inflammation can form various patterns such as retinal vasculitis or serpiginous-like choroiditis (that progresses like a serpent) depending on the eye tissue primarily affected by the infection. Such patterns are also seen in various other forms of infectious and non-infectious diseases.

Three modes of the disease have been described for ocular tuberculosis:

Ocular TB is a great imitator of various ocular pathologies. A provider should consider many possible findings. The following are clinical signs of ocular TB described according to the anatomical location:

Eyelids: The involvement of the eyelids is also most common in children. Eyelid TB can present as lupus vulgaris with reddish-brown “apple-jelly” nodules. It can also appear as a lid abscess, chronic blepharitis, or atypical chalazion.

Cornea: It may present as phlyctenular keratoconjunctivitis (an inflammatory nodule at the limbus) or interstitial keratitis. The phlyctenule is believed to be a hypersensitivity reaction to TB antigen, and it may erode the epithelia and create photophobia, redness, and tearing. Tuberculous interstitial keratitis presents as a unilateral sectoral, peripheral stromal infiltrate with vascularization.

Sclera: Tuberculous scleritis is challenging to diagnose outside the context of active systemic TB. Scleritis is usually chronic, does not respond to anti-inflammatory treatment, can be necrotizing, and usually presents anteriorly; posterior sclera involvement is rare.

Anterior Uveitis: It is usually granulomatous, may present as iris granulomas with broad-based posterior synechiae, and Koeppe and Busacca nodules, mutton-fat keratic precipitates on the posterior aspect of the cornea, and/or complicated cataract. In children, band keratopathy can occur.

Retina: TB of the retina is almost always a result of the choroidal extension. Rarely does hematogenous spread affect the retina before the choroid. Retinal lesions may take the form of either focal tubercles, subretinal abscesses, or diffuse retinitis. Occlusive retinal vasculitis may occur and induce neovascularization. Exudative retinal hemorrhagic periphlebitis with uveitis is highly suggestive of intraocular TB.

Optic Nerve: Optic neuropathy develops either from direct infection induced by TB or a hypersensitivity reaction to the infectious agent. It may present as an optic nerve tubercle, papillitis, or papilledema. Optic nerve swelling and disk edema have been reported with posterior tuberculous scleritis.

Clinical manifestations of ocular TB vary, which poses a challenge for diagnosis. The definitive diagnosis of TB is established by isolation of M tuberculosis bacilli from ocular tissues. However, because this is difficult to achieve, the diagnosis of ocular TB is often presumed in the presence of suggestive ocular findings in combination with any of the following:

Inactive: Evaluate under §4.88c or §4.89 of this part, whichever is appropriate.