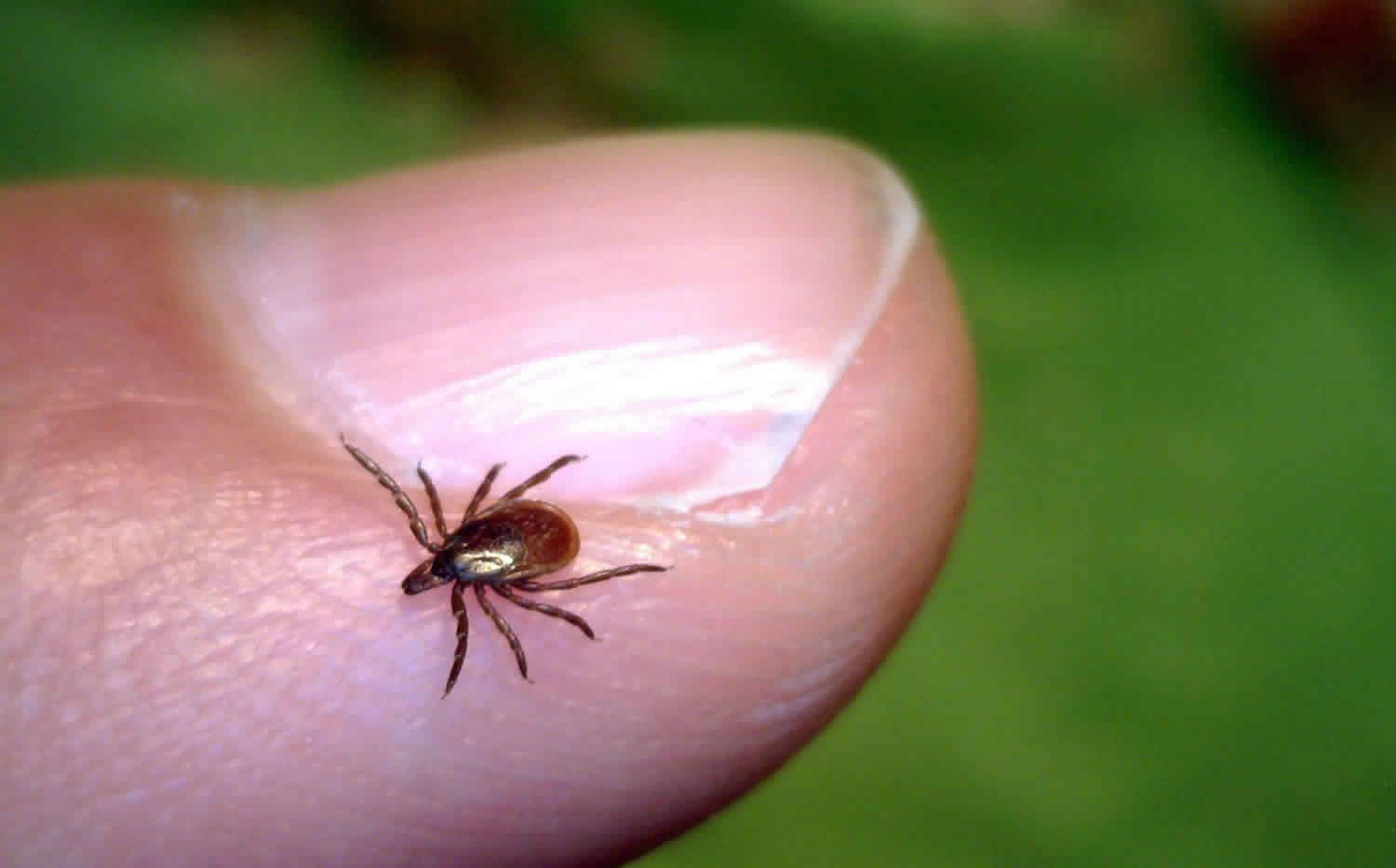 The bite of a Gulf Coast tick causes this condition. It’s also called Rickettsia parkeri rickettsiosis. This is a form of spotted fever, which means it commonly causes a rash or “spots.” But rickettsiosis is less serious than Rocky Mountain spotted fever.

The two diseases share symptoms such as fever, headache, joint pain, and muscle aches. But with rickettsiosis, there’s usually a scab, or “eschar,” where the tick was attached. Doctors can treat it with the antibiotic doxycycline.

The symptoms are usually mild. You may not feel anything at all, or you may have flu-like symptoms including fever and fatigue within a week or two of the tick bite.

Named for the white dot on their back, the female Lone Star tick can carry the bacteria that causes both ehrlichiosis (say “air-lick-e-o-sus”) and Ehrlichiosis ewingii infection. The only difference between these two is the strain of ehrlichia bacteria that’s involved.

Blood and liver tests may detect hematologic and hepatic abnormalities, such as leukopenia, thrombocytopenia, and elevated aminotransferase levels.

Note 1: Rate under the appropriate body system any residual disability of infection, which includes, but is not limited to, bone marrow, spleen, central nervous system, and skin conditions.