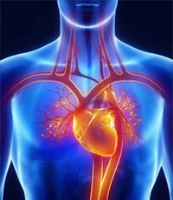 What Is Pulmonary Vascular Disease?

This interaction constantly tops off the blood with oxygen, and leaves carbon dioxide alone breathed out. Here's the way the cycle works:

The side effects of pulmonary vascular disease differ as per a few components:

The term pulmonary vascular disease is used for many disorders caused by poor (or abnormal) blood flow between your heart and lungs. As the disease gets worse, it can also affect the rest of your body.

Typically, blood travels from the right side of your heart to the lungs through your pulmonary arteries (pulmonary means “having to do with the lungs”). The arteries then split into smaller vessels and finally into networks of thin vessels called capillaries. Your lung capillaries are where your blood releases carbon dioxide and takes in oxygen. The oxygen-rich blood returns through the pulmonary veins to the left side of the heart. From there it is pumped out to your body.

Pulmonary embolism occurs due to blood clots which block branches of the arteries in the lungs, often following thrombosis in the veins of the leg or elsewhere.

Pulmonary hypertension is caused by high blood pressure in the pulmonary arteries, which carry blood from the heart to the lungs. It can damage the right part of the heart making it unable to efficiently circulate blood around the body. It can lead to heart failure and can be fatal.

Pulmonary Embolism: A blood clot breaks off from a deep vein (usually in the leg), travels into the right heart, and is pumped into the lungs. Rarely, the embolism can be a large bubble of air, or ball of fat, rather than a blood clot.

People with pulmonary embolism may have no symptoms, or they may experience any of the following:

Symptoms of pulmonary hypertension may include:

In addition to taking a full medical history, your physician will conduct a variety of tests to diagnose PVD, as well as determine the specific disorder.

These tests can include:

Note: Evaluate other residuals following pulmonary embolism under the most appropriate diagnostic code, such as chronic bronchitis (DC 6600) or chronic pleural effusion or fibrosis (DC 6844), but do not combine that evaluation with any of the above evaluations.