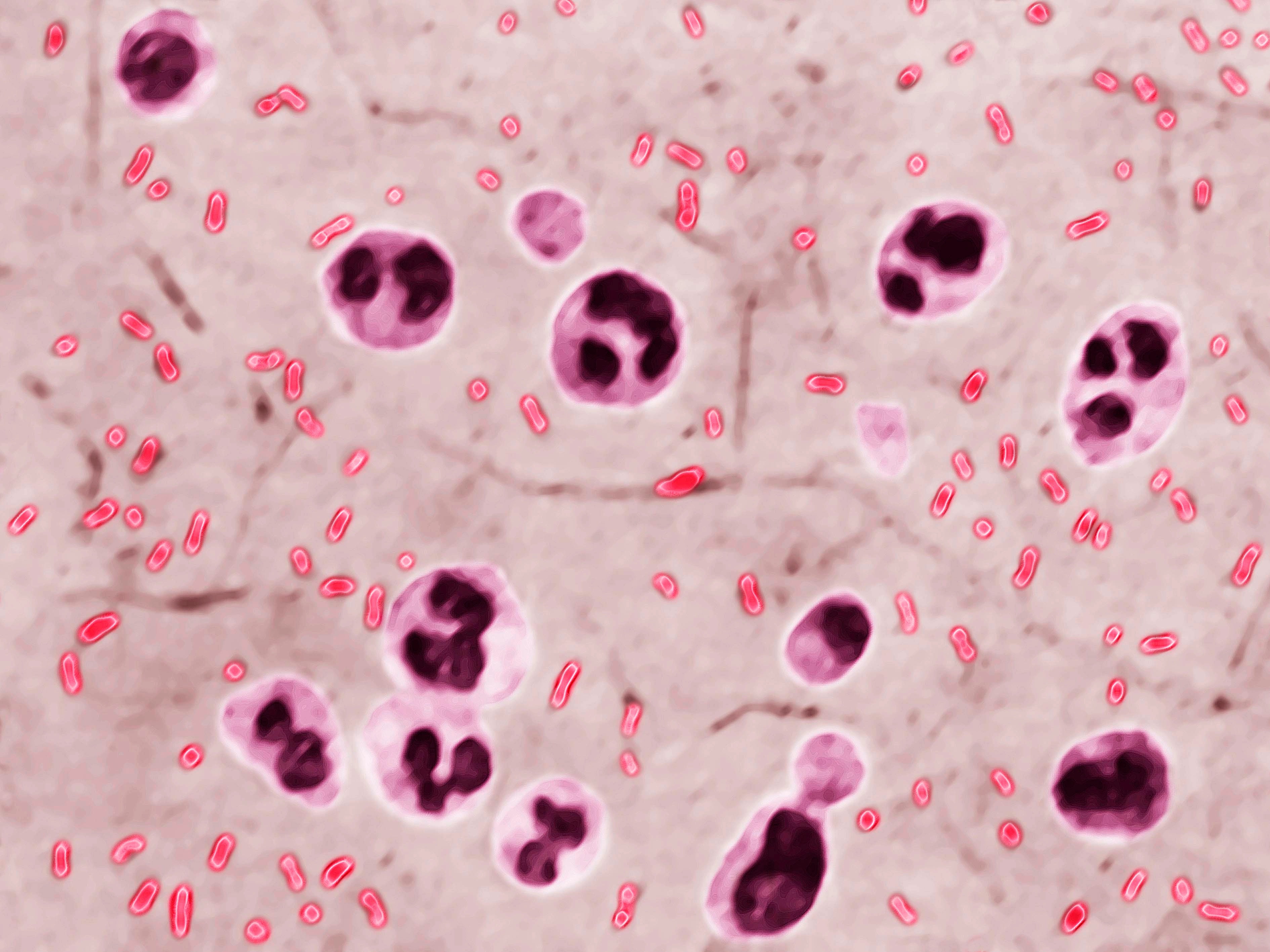 Plague is an infectious disease caused by Yersinia pestis bacteria, usually found in small mammals and their fleas. The disease is transmitted between animals via their fleas and, as it is a zoonotic bacterium, it can also transmit from animals to humans.

Humans can be contaminated by the bite of infected fleas, through direct contact with infected materials, or by inhalation. Plague can be a very severe disease in people, particularly in its septicaemic and pneumonic forms, with a case-fatality ratio of 30% - 100% if left untreated.

There are three basic forms of plague:

The most common form of the plague is bubonic plague. It’s usually spread by the bite of an infected flea. In very rare cases, you can get the bacteria from material that has come into contact with a person who has the infection.

Bubonic plague infects your lymphatic system (a part of the immune system), causing inflammation in your lymph nodes. Untreated, it can move into the blood (causing septicemic plague) or to the lungs (causing pneumonic plague).

When the bacteria spread to or first infect the lungs, it’s known as pneumonic plague — the most lethal form of the disease if untreated.

When someone with pneumonic plague coughs, the bacteria from their lungs are expelled into the air. Other people who breathe that air can also develop this highly contagious form of plague, which can lead to an epidemic.

While pneumonic plague can be fatal if left untreated, recovery rates are typically very high if treated within the first 24 hours when symptoms present themselves.

Pneumonic plague is the only form of the plague that can be transmitted from person to person.

Transmission of Y. pestis to an uninfected individual is possible by any of the following means:

Plague is divided into three main types i.e.,  bubonic, septicemic and pneumonic, depending on which part of your body is involved. Signs and symptoms vary depending on the type of plague.

Bubonic plague is the most common variety of the disease. It's named after the swollen lymph nodes (buboes) that typically develop in the first week after you become infected. Buboes may be:

Other bubonic plague signs and symptoms may include:

Septicemic plague occurs when plague bacteria multiply in your bloodstream. Signs and symptoms include:

Pneumonic plague affects the lungs. It's the least common variety of plague but the most dangerous, because it can be spread from person to person via cough droplets. Signs and symptoms can begin within a few hours after infection, and may include:

Pneumonic plague progresses rapidly and may cause respiratory failure and shock within two days of infection. Pneumonic plague needs to be treated with antibiotics within a day after signs and symptoms first appear, or the infection is likely to be fatal.

To diagnose plague, your healthcare provider will take a sample of your blood, your spit (mucus or phlegm) or fluid from a lymph node. They’ll send your sample to a lab to look for signs of Y. pestis bacterium.

Note: Rate under the appropriate body system any residual disability of infection.