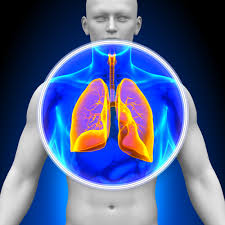 Everyone breathes in NTM, but only some people get sick. You’re most likely to get sick from NTM if you have other health problems or a weakened immune system. There are more than approximately 200 types of NTM mycobacteria identified. Most of the pulmonary (lung) NTM infections in the U.S. are caused by the most common type, Mycobacterium avium complex (or MAC).

NTM can cause infections in different parts of the body. These infections occur most often in the lungs, but can also develop in other organs. It’s rarely contagious, meaning that NTM infections are not spread from person to person, unlike other types of respiratory infections.

NTM infections have been identified in healthcare settings, such as hospitals. The bacteria have been associated with catheter-associated bloodstream infections and other device- and water-related infections.

If you have a mild NTM infection, you may not need treatment. Severe infections cause chronic (long-term) health problems such as persistent cough and breathing problems that can affect your quality of life. People with these infections may need ongoing treatment for years. NTM infections can be localized (limited to one part of the body) or disseminated (spread throughout the body)

NTM are a family of common bacteria found in water and soil. We all come into contact with NTM bacteria in our daily lives. There are lots of different species of NTM. Some are more likely to cause problems than others.

NTMs can cause infections in a wide variety of body sites, most commonly the lungs and in the following areas:

Symptoms can be vague and nonspecific, such as:

Other symptoms depend on the site of infection and can include cough, shortness of breath, blood in the sputum, and rashes.

A doctor tests you for an NTM infection. Symptoms of NTM infections are similar to other conditions such as pneumonia. Your doctor may use several tests to rule out these conditions and confirm that nontuberculous mycobacteria are present.

If your doctor suspects a lung infection, tests to confirm the diagnosis may include:

If your doctor suspects an NTM infection in another part of the body, you may have tests such as:

Note 1: Continue the rating of 100 percent for the duration of treatment for active disease followed by a mandatory VA exam. If there is no relapse, rate on residuals. Any change in evaluation based upon that or any subsequent examination shall be subject to the provisions of §3.105(e) of this chapter.

Note 2: Confirm the recurrence of active infection by culture, histopathology, or other diagnostic laboratory testing.

Note 3: Rate under the appropriate body system any residual disability of infection which includes, but is not limited to, skin conditions and conditions of the respiratory, central nervous, musculoskeletal, ocular, gastrointestinal, and genitourinary systems and those residuals listed in §4.88c.