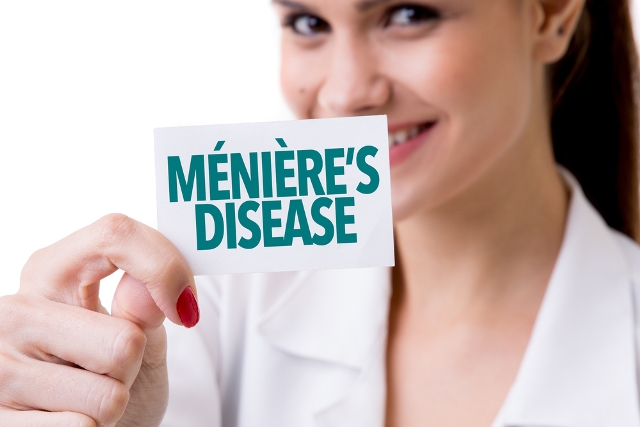 Meniere's disease can happen at whatever stage in life, yet it typically begins among youthful and moderately aged adulthood. It's viewed as an ongoing condition; however different medicines can help assuage indications and limit the drawn out effect on your life.

Signs and manifestations of Meniere's syndrome include:

Repeating scenes of vertigo. You have a turning vibe that starts and stops immediately. Scenes of vertigo happen all of a sudden and typically most recent 20 minutes to a few hours, yet not over 24 hours. Extreme vertigo can cause queasiness.

Tinnitus is the perception of a ringing, humming, thundering, whistling or murmuring sound in your ear.

After a scene, signs and side effects improve and may disappear totally for some time. After some time, the recurrence of scenes may reduce.

The reason for Meniere's disease is obscure. Side effects of Meniere's disease appear to be the aftereffect of a strange measure of liquid (endolymph) in the inner ear, however it isn't clear what makes that occur.

Variables that influence the liquid, which may add to Meniere's disease, include:

Since no single reason has been recognized, almost certainly, Meniere's disease results from a blend of variables.

Hearing impairment with attacks of vertigo and cerebellar gait occurring more than once weekly, with or without tinnitus

Hearing impairment with attacks of vertigo and cerebellar gait occurring from one to four times a month, with or without tinnitus

Hearing impairment with vertigo less than once a month, with or without tinnitus