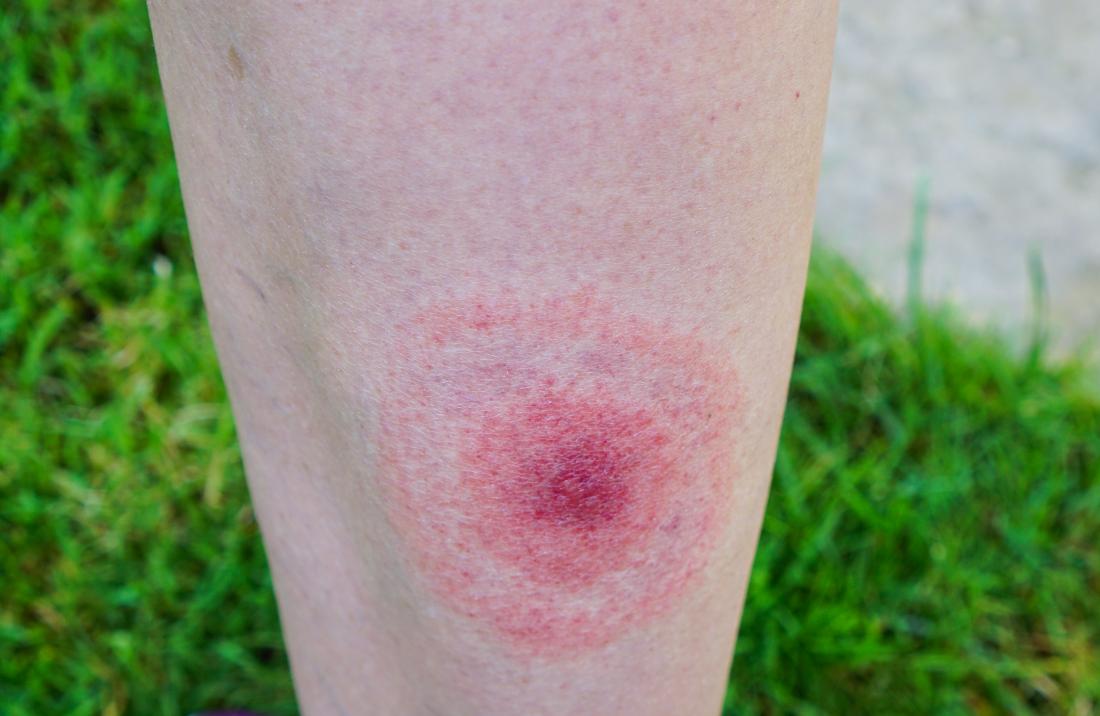 Lyme disease is a bacterial infection. You get it when the blacklegged tick, also known as a deer tick, bites you and stays attached for 36 to 48 hours. If you remove the tick within 48 hours, you probably won’t get infected.

When you do get infected, the bacteria travel through your bloodstream and affect various tissues in your body. If you don’t treat Lyme disease early on, it can turn into an inflammatory condition that affects multiple systems, starting with your skin, joints, and nervous system and moving to organs later on.

The chances you might get Lyme disease from a tick bite depend on the kind of tick, where you were when it bit you, and how long the tick was attached to you.

Lyme disease is caused by the bacterium Borrelia burgdorferi (and rarely, Borrelia mayonii). B. burgdorferi is  to people through the bite of an infected black-legged tick, also known as a deer tick.

A tick bite may look like a tiny, itchy bump on your skin, much like a mosquito bite. This doesn't mean you have a tick-borne disease. Many people will not notice they've had a tick bite.

The symptoms of Lyme disease vary. They usually show up in stages. But the stages can overlap. And some people don't have symptoms of the typical early stage.

Early symptoms of Lyme disease usually happen within 3 to 30 days after a tick bite. This stage of disease has a limited set of symptoms. This is called early localized disease.

A rash is a common sign of Lyme disease. But it doesn't always happen. The rash is usually a single circle that slowly spreads from the site of the tick bite. It may become clear in the center and look like a target or bull's-eye. The rash often feels warm to the touch, But it's usually not painful or itchy.

Other stage 1 symptoms include:

Without treatment, Lyme disease can get worse.  The symptoms often show up within 3 to 10 weeks after a tick bite. Stage 2 is often more serious and widespread. It is called early disseminated disease.

Stage 2 may include the stage 1 symptoms and the following:

In the third stage, you may have symptoms from the earlier stages and other symptoms. This stage is called late disseminated disease.

In the United States, the most common condition of this stage is arthritis in large joints, particularly the knees. Pain, swelling or stiffness may last for a long time. Or the symptoms may come and go. Stage 3 symptoms usually begin 2 to 12 months after a tick bite.

The type of Lyme disease common in Europe can cause a skin condition called acrodermatitis chronic atrophicans. The skin on the backs of the hands and tops of the feet get discolored and swell. It also may show up over the elbows and knees. More-serious cases may cause damage to tissues or joints. This skin condition may show up many months to many years after a tick bite.

Diagnosing Lyme disease begins with a review of your health history, which includes looking for reports of tick bites or residence in an endemic area. A doctor or other healthcare professional will also perform a physical exam to look for the presence of a rash or other symptoms characteristic of Lyme disease. Testing during early localized infection is not recommended. Blood tests are most reliable a few weeks after the initial infection, when antibodies are present. A health care professional may order the following tests:

Note: Rate under the appropriate body system any residual disability of infection, which includes, but is not limited to, arthritis, Bell's palsy, radiculopathy, ocular, or cognitive dysfunction.