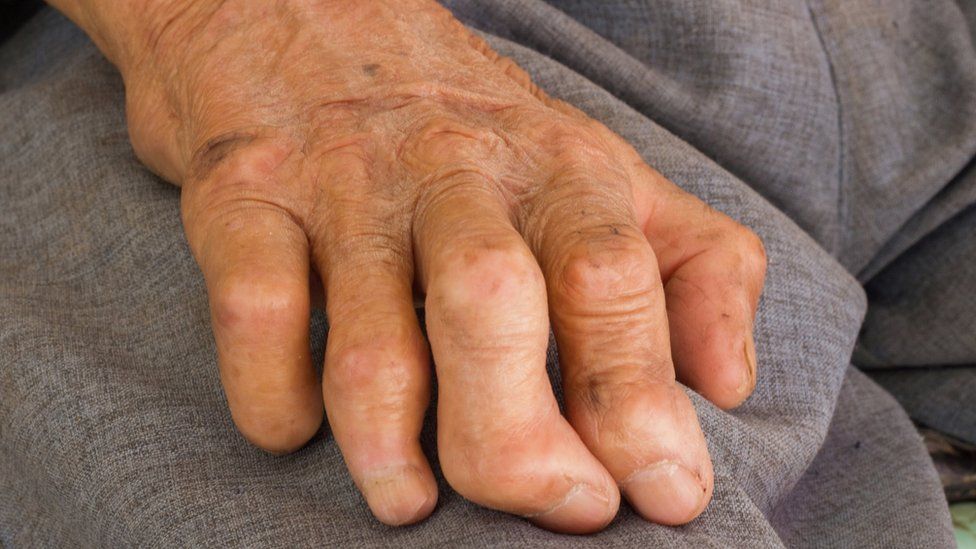 Leprosy is a chronic, progressive bacterial infection caused by the bacterium Mycobacterium leprae. It primarily affects the nerves of the extremities, the skin, the lining of the nose, and the upper respiratory tract. Leprosy is also known as Hansen’s disease.

Hansen’s disease produces skin ulcers, nerve damage, and muscle weakness. If it isn’t treated, it can cause severe disfigurement and significant disability. Hansen’s disease is common in many countries, especially those with tropical or subtropical climates. It’s not very common in the United States. The Centers for Disease Control and Prevention (CDC) reports that only 150 to 250 new cases are diagnosed in the United States each year.

There are three main types of leprosy, including:

Tuberculoid leprosy: Someone with this type of leprosy usually has mild symptoms, developing only a few sores. This is because of a good immune response. Tuberculoid leprosy is also called paucibacillary leprosy.

Leprosy is caused by a slow-growing type of bacteria called Mycobacterium leprae (M. leprae). It isn’t clear exactly how leprosy is transmitted. When a person with leprosy coughs or sneezes, they may spread droplets containing the M. leprae bacteria that another person breathes in. Close physical contact with an infected person is necessary to transmit leprosy. It isn’t spread by casual contact with an infected person, like shaking hands, hugging, or sitting next to them on a bus or at a table during a meal. Pregnant mothers with leprosy can’t pass it to their unborn babies. It’s not transmitted by sexual contact either.

Symptoms mainly affect the skin, nerves, and mucous membranes (the soft, moist areas just inside the body’s openings). The disease can cause skin symptoms such as:

Symptoms caused by the disease in the mucous membranes are:

Since Hansen’s disease affects the nerves, loss of feeling or sensation can occur. When loss of sensation occurs, injuries such as burns may go unnoticed. Because you may not feel the pain that can warn you of harm to your body, take extra caution to ensure the affected parts of your body are not injured.

If left untreated, the signs of advanced leprosy can include:

If your healthcare provider thinks you might have Hansen's disease (leprosy), they’ll perform a skin biopsy. During this procedure, they’ll take a small sample of tissue and send it to a lab for analysis.

Note: Continue a 100 percent evaluation beyond the cessation of treatment for active disease. Six months after discontinuance of such treatment, determine the appropriate disability rating by mandatory VA examination. Any change in evaluation based upon that or any subsequent examination shall be subject to the provisions of §3.105(e) of this chapter. Thereafter, rate under the appropriate body system any residual disability of infection, which includes, but is not limited to, skin lesions, peripheral neuropathy, or amputations.