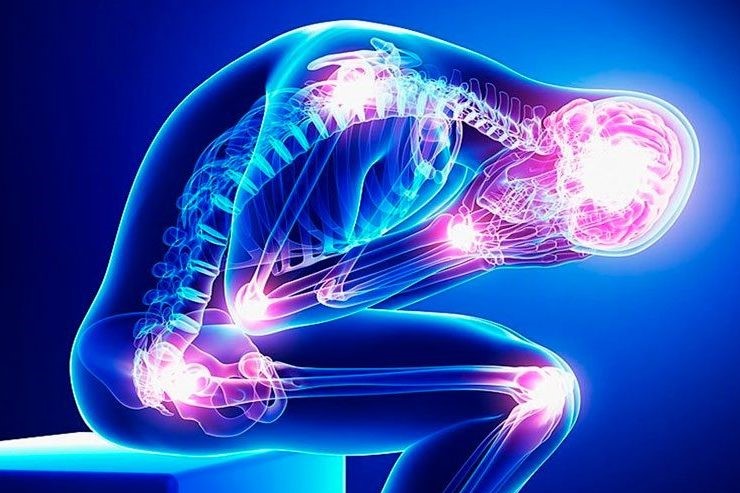 Fibromyalgia (fi·bro·my·al·gi·a) is a condition that causes pain all over the body (also referred to as widespread pain), sleep problems, fatigue, and often emotional and mental distress. People with fibromyalgia may be more sensitive to pain than people without fibromyalgia. This is called abnormal pain perception processing. Fibromyalgia affects about 4 million US adults, about 2% of the adult population. The cause of fibromyalgia is not known, but it can be effectively treated and managed.

The exact cause of fibromyalgia is unknown, but it's thought to be related to abnormal levels of certain chemicals in the brain and changes in the way the central nervous system (the brain, spinal cord and nerves) processes pain messages carried around the body. It's also suggested that some people are more likely to develop fibromyalgia because of genes inherited from their parents. In many cases, the condition appears to be triggered by things that are physical or emotional like an injury, an infection or stress.

The primary symptoms of fibromyalgia include:

Widespread pain: The pain associated with fibromyalgia often is described as a constant dull ache that has lasted for at least three months. To be considered widespread, the pain must occur on both sides of your body and above and below your waist.

Fatigue: People with fibromyalgia often awaken tired, even though they report sleeping for long periods of time. Sleep is often disrupted by pain, and many patients with fibromyalgia have other sleep disorders, such as restless legs syndrome and sleep apnea.

Cognitive difficulties: A symptom commonly referred to as "fibro fog" impairs the ability to focus, pay attention and concentrate on mental tasks.

Fibromyalgia often coexists with other conditions, such as:

It can take some time to confirm a diagnosis of fibromyalgia, because the symptoms resemble those of other conditions, such as:

A doctor needs to rule out these conditions before diagnosing fibromyalgia.

There are no laboratory tests for the condition, and this, too, can lead to a delayed diagnosis or misdiagnosis.

The American College of Rheumatology has established three criteria for diagnosing fibromyalgia:

Note: Widespread pain means pain in both the left and right sides of the body, that is both above and below the waist, and that affects both the axial skeleton (i.e., cervical spine, anterior chest, thoracic spine, or low back) and the extremities.