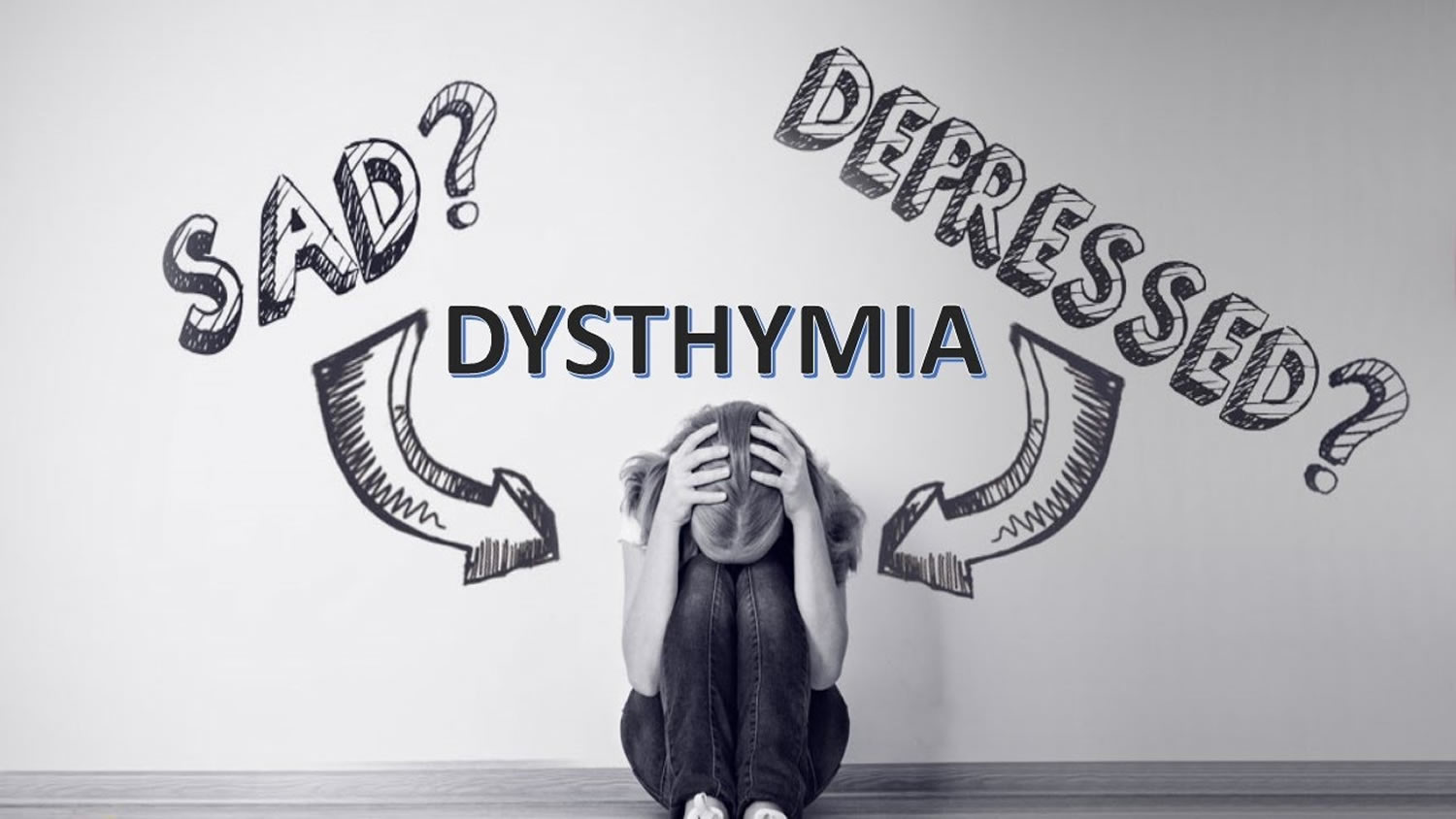 The condition usually starts in early adulthood, and the disorder can last for years or even decades. Later onset is usually associated with bereavement or obvious stress, and often follows on the heels of a more extreme depressive episode. Women are twice as likely as men to suffer from persistent depressive disorder, in a similar ratio to that seen with major depression.

Like major depression, dysthymia has roots in genetic susceptibility, neurochemical imbalances, childhood and adult stress and trauma, and social circumstances, especially isolation and the unavailability of help. Depression that begins as a mood fluctuation may deepen and persist when equilibrium cannot be restored because of poor internal regulation or external stress.

Dysthymia runs in families and probably has a hereditary component. The rate of depression in the families of people with dysthymia is as high as 50% for the early-onset form of the disorder. There are few twin or adoption studies, so it's uncertain how much of this family connection is genetic. Nearly half of people with dysthymia have a symptom that also occurs in major depression, shortened REM latency — that is, they start rapid eye movement (vivid dreaming) sleep unusually early in the night.

The stress that provokes dysthymia, at least the early-onset form, is usually chronic rather than acute. Studies show that it usually has a gradual onset and does not follow distinct upsetting events. In old age, dysthymia is more likely to be the result of physical disability, medical illness, cognitive decline, or bereavement. In some older men, low testosterone may also be a factor. Physical brain trauma — concussions and the like — can also have surprising long-term effects on mood that often take the form of dysthymia.

At least three-quarters of patients with dysthymia also have a chronic physical illness or another psychiatric disorder such as one of the anxiety disorders, drug addiction, or alcoholism. In these cases, it is difficult to distinguish the original cause, especially when there is a vicious cycle in which, say, depression exacerbates alcoholism or heart disease exacerbates depression.

The same vicious cycle exists in many other situations. For a person who is vulnerable to depression, every problem seems more difficult to solve and every misfortune causes more suffering. Depressed people give discouraging interpretations to every event in their lives, and these interpretations make them still more depressed. Depression often alienates others, and the resulting isolation and low social support make the symptoms worse. The experience of chronic depression may sensitize the brain to stress, heightening its vulnerability to further depression.

Dysthymia is  milder, yet more long lasting than major depression. Each person may experience symptoms differently. Symptoms may include:

To diagnose this condition, an adult must have a depressed mood for at least 2 years (or one year in children and adolescents), along with at least 2 of the above symptoms. The symptoms of this illness may look like other mental health conditions. Always talk with a healthcare provider for a diagnosis.

A mental health specialist generally makes the diagnosis based on the person's symptoms. In the case of dysthymia, these symptoms will have lasted for a longer period of time and be less severe than in patients with major depression.

With dysthymia, your doctor will want to make sure that the symptoms are not a result of a physical condition, such as hypothyroidism.

If you are depressed and have had depressive symptoms for more than two weeks, see your doctor or a psychiatrist. Your provider will perform a thorough medical evaluation, paying particular attention to your personal and family psychiatric history.

There is no blood, X-ray or other laboratory test that can be used to diagnose dysthymia.