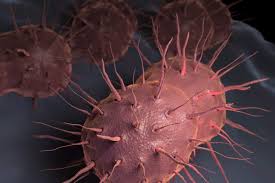 Gonorrheal arthritis is a specific infection of one or more joints, occurring as a sequela or complication of gonorrhea. The infection is transmitted usually by the blood, and therefore is a general infection in which the joint pathology is but a local manifestation, and while the local symptoms are the principal ones to attract the attention of both patient and physician.

It is triggered by Gonorrhea bacterial infection

Gonorrheal arthritis may be divided into two clinical types, acute and chronic.

How to diagnose Gonorrheal Arthritis?